What you should know about plagiarism- and how to prevent it 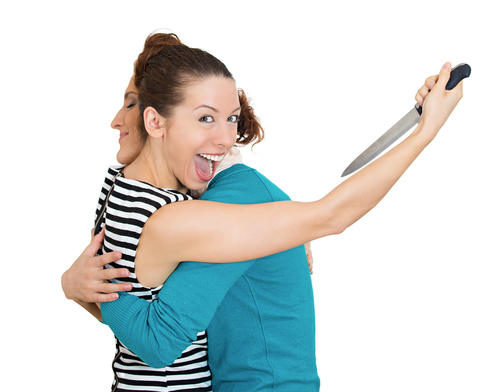 “The secret to creativity is knowing how to hide your sources.” – Albert Einstein

The term ‘plagiarism’ is used to refer to the process of using someone else’s work without appropriate credit.In academic institutions, it is referred to as the “submission of work in connection with academic requirements, which incorporates the thoughts/words/ideas of someone else, without their permission”.

The terms of plagiarism covers all kinds of form of information- whether that information is published or unpublished; whether it exists in digital and paper-based format or any other form.It is considered as intellectual stealing and is a sign of intellectual dishonesty.

It is also considered an act of fraud. Not only are you cheating someone of their ideas, you are also fooling people by passing that idea off as your work. In academics, this is a very serious offence. The whole purpose of an academic course is to make you develop your skills and knowledge by applying your efforts. Plagiarism is a negation of educational goals with the victim suffering on account of the plagiariser. Plagiarism is most commonly seen as a deliberate act of unscrupulousness. However, carelessness can also lead to students ending up in difficult positions. Universities can fail them in their subjects and also suspend them from the course.

Plagiarism can involve both out-right copying as well as more subtle and discreet forms. It is very important to distinguish between the different kinds of plagiarism so as to identify plagiarism and preventing its occurrence. The first kind of academic plagiarism is the word-to-word plagiarism, where you quote someone verbatim without giving credit to the person. This is really blatant copying. This is the direct kind of plagiarism, where the writer directly uses information from the original source without changing it in any way

Another kind of copying/plagiarism seen extensively in these internet-based times is the policy of cut-paste plagiarism. As the name says, practitioners happily cut and paste entire chunks of information into their academic work. This has become easier to detect now; universities apply various kinds of plagiarism detection software to detect plagiarism

A third kind of plagiarism is paraphrasing. As the term says, you basically rearrange the original words of the text or replace words here and there from that source, with new words; in essence, it still remains a version of the original source. Or you may be using different words and expressions but modelling the structure of your paragraph on the source text.

Collusion is another kind of academic plagiarism where students collude with each other in carrying out assignments. This may lead to students even writing out assignments for each other and copying parts of their work from their friends’ work. While cooperative learning is accepted, it is not acceptable when it comes to submission of individual assignments. Hence, students need to be very clear about where they can take help of other students and to the extent to which, they can.

What makes all the acts worthy of penalties is the lack of credit or acknowledgement to the authors concerned. To avoid plagiarism, one needs to understand two things: the expectations of academic with respect to assignments and the necessity of giving credit. When you are given an assignment to write, lecturers expect you to write on the topic in your own words and giving your interpretations of the topic using your own reasoning. Anything else which is used in your work—quotes from other’s work, results from other people’s work, ideas of other people, formatting, style, structure—have to be credited in the form of citations in the text as well as in the form of bibliography and references.

Quotations of portions of text should be accompanied by the use of quotation marks or indentations; the references have to be cited fully in the appropriate way alongside. Do not copy paste material obtained from the internet; use your own language to express it. The reference has to be cited alongside the sentence in brackets. There are different ways to cite online references. Avoid using unreliable internet sources for academic research as there are many such content available which has not been rigorously examined. Exceptions are prominent blogs in recognised journals and news papers as well as the blogs of key researchers/academicians.

Changing the words is not enough. Even if you paraphrase the text, you would still have to give credit to the original thought. The source of the information has to be enclosed within brackets. A better way is to first express the source author’s thoughts in your own words, followed by quotation of the original passage. This will show that you have carried out your research, used your own analytical skills in understanding and presenting the point of view; at the same time, you have taken care to give credit where it belongs. So, no one can accuse you of misleading others.

There may be some instances where you are already in possession of the knowledge, even before you took up the course. That is referred to as “common or universal knowledge”. It may be okay to not cite in such instances; but again, it is best to cite the source of every information source you use for your article, when the ideas are not from your brain.

Citations within the text are referred to as in-text citations or parenthetical citation. If your ideas are based on someone else’s work or ideas, you need to cite that too so that people can make out the difference between your own contributions as well as other people’s contributions to the work you are submitting. As academic assignments, can often be used by other people for their research, the incorporation of citations serve as a guide to others to follow up on the sources of information. Improper use of citations or carelessness in citing sources properly can also lead to penalties.