Five unusual sports students can opt for in college

College is full of both, fun and challenges for students. There is pressure of writing essays for which there is help available and then there is adrenalin rush obtained from sports which you need to handle just by yourself. There are plenty of sport options for sports fans as well as the non-sports addicts to try out to make their student life fun-filled as well as getting the much needed fitness. However, what if you just find regular sports run of the mill and downright boring? What options would you like to have included in your college sports curriculum?

Here are some of the most interesting and “weird” sports you can choose, to make your sports life more interesting and energetic. These are officially not there on the official sports list but are played most often under the “club” category. 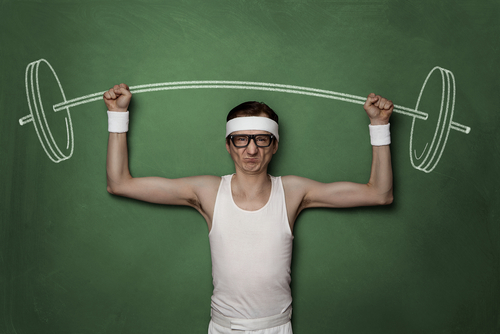 Are you ready to unleash your inner Hulk or Harry Potter? Don’t forget to experiment with these unusal sports in your campus!

If you are fond of lifting weights, here is an interesting alternative for you. This process involves lifting weights on three attempts. It is similar to that played in the Olympics. If you are interested in displaying your “hunk” skills, this would be the right choice of sport for you.

Are you a Harry Potter fan? Do you want to move on broom sticks and steal balls from your opponents? Well, you can do so in real and in your college. There is a version of Quidditch being played in certain colleges called Muggle Quidditch: you got it, Quidditch played by Muggles or humans. The difference here is that you keep the broomsticks between your legs and run around trying to throw balls into hoops, trying to defend the hoops or blocking opponents’ balls. It may be a watered down version but surely provides opportunities for the release of raw energy.

As it says, this is people playing the different kind of cinematic and fantasy roles such as in Dungeons & Dragons, in real without using any props. They run around, fighting each other, playing the respective roles and in short, have great fun.

Another popular but weird game played in a college, is the game of throwing horseshoes at each other. There are different ways in which horseshoes can be pitched to each other. There are techniques, similar to baseball, where a player has to take a particular position, crouch and then throw the horseshoe in the way he wants to. Just like baseball, many factors become important: posture, stance, footwork, the swing of the throw, timing and rhythm and follow through. So, playing it requires the practice of scientific techniques as golf.

As the name says, it is a combination of sprint and football. This game is specially modified version of football for those who are light on their feet and the players’ weight must not exceed 172 pounds. It thus provides an opportunity for lighter and nimbler players to play football without being disadvantaged in terms of physical terms as compared to the more heftier traditional football players. This it gives opportunity to all to play the game without the considerations of weight. Your agility on the feed counts more than your weight.

How to write an essay on social work
Interesting software/apps that makes studies fun
How do we learn to manage a firm by writing essays?
How to write an APA research paper outline
The challenges of being a student athlete
How project based learning is shaping our future