You would never want to work in these countries

Looking for a job? Planning to migrate to a new country? Ensure that you do your research before applying for a position and check out what are the current economic, social and financial conditions of the country at present. This is because all countries are unfortunately not the same when it comes to working conditions and suitability for employment. While most countries hover in the average with respect to liveability and workability, there are some which sadly fall short on these attributes. 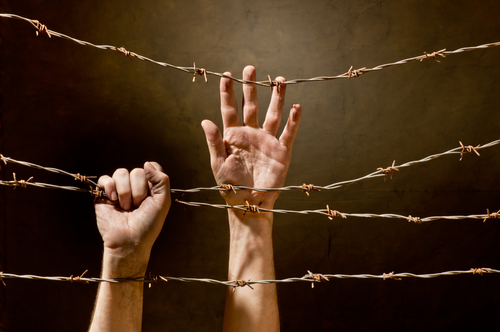 Buying a one-way ticket to a new country? Make sure it ain’t a ticket to hell…

Surveys such as those conducted by the Economic Times and the International Trade Union Comfederation have repeatedly brought up these countries in the rankings of the worst countries to work in.

The rankings have been based on such attributes as liveability, security, infrastructure, education and medical care, democracy and freedom of expression.Not unsurprisingly, many come from Africa and Asia.Let us take you on a virtual journey, after which you will realise why you will never want to work in these 10 countries.Our journey starts from the East to the West and the first one that comes up is North Korea.

This country is one of the most mysterious and secretive countries in the world, with no transparency in its operations. Politically and economically, they are a dark horse, a supposed nuclear power. There is no freedom of expression, no internet and very less access to the outside world. Thinking of working in the country? Be prepared to be isolated from your loved ones for quite a while.

This country has been continuously in the news, since many years for the wrong reasons. Terrorism, Militancy, Assassinations, Bomb attacks and especially the fundamentalist outfit called the Taliban, have reduced this country to a situation where it is a dangerous risk for even an ordinary citizen to live there, forget about looking for a job. In addition, the state of women in Afghanistan is extremely poor. It has extremely poor health care facilities for Afghan women especially pregnant women and has the highest mortality rate for mothers in the world as well as poor women empowerment. So, this place is just not good for you to even dream of working.

Lagos is the capital city of Nigeria and the largest city in the largest country in Africa. It is just unsuitable for job seekers, on account of its very high risk location. It has very high crime levels and very poor infrastructure. These two in conjunction with other factors such as crime, poor sanitation, health facilities, makes it a very poor choice of place of work for employment seekers.

It is a country which has had a history of political instability, augmented by being the home of terrorists, sectarian violence, religious intolerance, lack of freedom to women and the practice of honour killings. Unless you are in the press, it makes little sense to take up a job which has only risks and very less benefits.

Democratic Republic of the Congo

This country has been torn apart by violence between military and rebels. The country is a witness to mass immigration and violence against the people. It is particularly dangerous for women with almost 1000 rapes per day. Africa may sound exotic but behind the exotic guise, there is a very dangerous life.

Jakarta may look modern and cosmopolitan amongst many developing countries which fare poorer on the developmental scale but this does not make it a safe country to work in. The main reason being the extreme religiosity of the local people and intolerance against women and foreigners. This country in South East Asia, is not just safe for work.

Not only is it unsafe for women on account of its extremely religious intolerance, misogyny against women, socialisation and hatred against westerners. 90 % of women are supposed to have experienced workplace sexual harassment and is hence a truly unfriendly country for women to work in.

It, being the country with the highest Muslim population in the world,is a frequent target for attacks against foreigners as Bali for instance is a favourite haunt of foreigners. Many religious fanatics are of Indonesian origin and this too adds to what makes it an unlivable place. Like other developing countries, it too has its share of poverty, developmental issues such as pollution, crime, disease and sanitation but the above reasons, make it justifiably out of bounds for your work options.

This country has the reputation of being amongst the worst violaters of the human rights of workers. The International Trade Union Corporation has given it a ranking of 5 which classes it amongst the world’s worst countries for workers.

This is in spite of the fact that Qatar is the world’s richest country in terms of per capita income, is heavily dependent on the labour from developing nations and should have made provisions for the welfare of the labour. A spate of deaths of workers in construction projects lead to loads of criticism for the way the migrant workers’ interests way neglected. Till these conditions improve, it is best to stay away from this country.

It has been torn by civil war for many years, and there is no indication that it is going to end any time soon, War between Assad and the rebels, have taken a huge toll on its population, the living conditions, the infrastructure, Syria does not seem safe to work any time too soon, no solutions to the crisis seem to be in sight, extensive migration of the local populace to otyher countries. Humanitarian crises, shells, bombings

This has turned into another war and strife-torn country ever since its independence from Sudan in 2011, following destructive conflicts between Muslims and non Muslims. There has been no let up in the problems; there are ongoing conflicts between the militia , inter tribe conflicts, large number of people have been killed, and nearly 45000 people have been displaced from their homes. Its huge oil reserves remain unused as the government has stopped production owing to the ongoing strife.

Somalia and the Central African Republic

These two countries have obtained the highest rating on the ITUC Global ranking for Global Rights Index (5+) which indicates that these are completely unlovable and there are no guarantees of human rights owing to breakdown of law and order.

The current unstable political, economic and social situations in many countries really warrant that you do a lot of research into where you would like to apply for a job. Because if you don’t do that, you may end up in an unpalatable situation for a long time, from which there may not be immediate chances of escape. Hence, choose wisdom and discretion over impulsiveness in the selection of the country where you would choose to work.

How to write an APA research paper outline
What you should know about plagiarism- and how to prevent it
Need to survive school? Learn all these and more!
How to write a lab report
How to write an argumentative essay
The importance of sentence structure for good essays