How to write an effective Essay Hook

Have you ever gone fishing and found that you forgot to pack the hook? Writing an essay without a hook is as futile as trying to fish without one. What is an essay hook? Why is it important? How can you write a good one? Can you get some examples of such essay hooks? To find the answers for these and other related questions, read on.

Or order your readymade essay with an expertly written hook that is sure to get you great grades.

What is an essay hook? 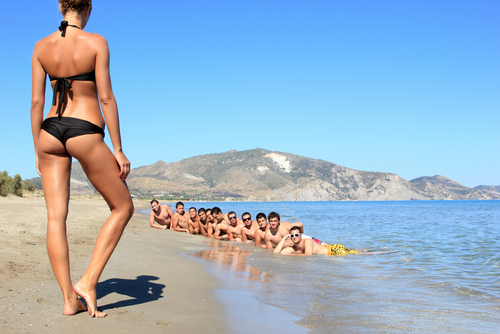 Make your work stand out by the most eye-catching and attention-grabbing essay hook!

So, it is easy to see that what you tutor said about using an effective essay hook is to attract the readers to read your essay, rather than the others.

The tutors, especially, with so many essays to grade are soon bored with reading the same things again and again.

Therefore, it is up to you to attract and retain his interest in your essay by writing something unusual.

Hence, we can understand that an essay hook is nothing, but a device used by the writer to provoke the interest of the readers and make them want to continue reading your essay.

It follows that, the effective essay hook can also help you get great grades by holding the tutor’s attention to what you have written.

Where do you place the essay hook?

That said, where do you place this essay hook? The obvious answer to that is, in the very beginning, as that is what will induce your reader to carry on reading, even if it is followed by normal facts and information. Then, it follows that you start off your essay with a great essay hook.

What does the essay hook consist of?

How can you write an effective essay hook?

To answer this question in a more practical manner, let us take an example: Your thesis statement could be – Air pollution has an impact on the economy. This is a very ordinary and unexciting statement. Here, the hook could be something like: 200,000 early deaths are caused from air pollution in the US, says a recent MIT study. The statistic number would definitely bring out a gasp from the reader.

This is a true research, by the way.

Not just something cooked-up to create interest.

Once the hook is in, then lead the reader in with a transition – a little explanation, to connect the hook to your thesis statement. You could write: The deaths due to breathing unclean or poisonous air is only the tip of the iceberg. The effects of this type of contamination affects the whole world in its different aspects. Air pollution is known to have a negative influence on agriculture, the rain and weather patterns, the ozone hole, the materials that are used in infrastructure, the drinking water, etc.Once the transition sentences prepare the reader for what is coming next, lead him into the thesis statement: Millions of dollars are spent to counteract the effects of air pollution. Thus, air pollution has a deep impact on the economy too.

So, now you have an idea about how to write an essay hook that is creative and effective. Next you can pass on to the introduction and then the rest of the essay. If you observe carefully, the statistic number given in the hook is not really a part of the thesis statement. It has been placed in the essay merely to act as a lure to create interest in the reader. However, the hook can also be something related to the topic. There is no hard and fast rule about this.

The different types of essay hooks

Let us now see the different types of essay hooks and observe some samples of the same that can be used in different subjects.

The type of essay hook that we have seen in the above example is the use of statistics to introduce the subject. The numbers certainly serve to draw the attention of the reader, especially it is reveals some extraordinary facts. Sometimes it may be difficult to find a suitable statistical fact for the topic at hand. But never make the mistake of inventing one to suit the fact.

As seen in the example above, the given number is supported by citing the source – in this case, the MIT study. You could give more details of it later in the reference section, if you want to. writing unsubstantiated figures right at the beginning would make you lose credibility for the rest of the essay too and have an effect on your grades too. A little diligent keyword search could bring out a host of results for you to pick and choose the suitable one.

Another mistake seen often is the quoting of a number that has nothing to do with the subject at all. For instance, in the example given above, the number of human deaths can be explained later in the essay to have a direct relationship to the effect on the economy by the loss of man-hours and man-power in the industries, expenditure for health and welfare related to air pollution, and thedecrease in the family income due to the loss of its working members.So, this hook was a valid and effective choice.

Take care to put in the quotation marks or italicizing the sentence to show its distinction from the other writing. Try to avoid trite or stale quotations, adages, or picking from stock quotations. A fresh new quotation will be far more attractive as anessay hook, than an oft-repeated one that would leave the reader indifferent.

A cleverly framed question should also direct the reader’s thought process into the desired pathway. For instance, remember the rhetorical questions used by Mark Antony in Shakespeare’s Julius Caesar – he was able to incite a whole country to take up arms against the traitors. At the same time, a question that is poorly thought out would have the effect of boring the reader.

A short anecdote or a personal experience can be a hook for a non-academic essay, like the one written for admission. It should be brief and should have a clear relationship to the subject. Humorous anecdotes may be more suitable for a speech.But can be used in non-academic and informal writing like blogs, articles etc.

Definition of the topic is a good essay hook. The definitions should be from authentic sources and referenced. It can be a simple or strong definition but can also be an argumentative one. You can also quote the definitions from two different authors with opposing views, to make it more interesting. However, it is not advisable to use dictionary definitions as they are written in a rigid format and not slated to incite the interest of the reader.

A Figure of Speech Hook

Figures of speech like metaphors, similes, irony or sarcasm etc. can be effective hooks if they are framed carefully. The topic can be compared to a similar fact or information by using a simile or metaphor. To be really successful, the comparisons should be carefully chosen to convey the desired effect. For example: Like the Cheshire cat said to Alice: if you walk long enough, you will reach there eventually. The cat says this because Alice wants to know how to go there, without knowing where she wants to go. This example could be used in an essay to illustrate a company that does not have firm goals or direction.

This is nothing but a bold statement that has the ‘stun’ effect on the reader because it is unexpected and intriguing at the same time. This hook can be developed by linking the statement to the research statement gradually using good transition sentence/s. An example of this could be: The new mantra is – Hashtags are the entryways to branding. This great hook could lead to a thesis statement about branding through social media.

Some examples of hooks that are relevant to different subjects

Here some great hooks can be effective provocateurs in the different subject you study:

With all this information on how to write effective essay hooks, I am sure you will write great essays. Remember, we are always there to help you out when you are stuck.