How to write a critical analysis

How do I write a critical analysis?

Are you chewing your pencil to shreds wondering how to write a Critical Analysis assignment? Here are a few pointers to help you out. Although you can alternately get rid of all the tension by ordering a Critical Analysis paper here on the given topic.

What is a critical analysis?

When you learn something, it adds to your knowledge. But you also have to understand it – that come from exploring the subject deeper and from all perspectives. However, all that will be useless to you, unless you are able to apply this knowledge in a gainful manner. That is where critical analysis comes in. The word ‘Critical’ in this context does not mean desperate or important – it means ‘detailed searching’. And that is what you have to do, to write an assignment on critical analysis.

Critical analysis writing can be categorized into two types:

Some common points on both the types of critical analysis 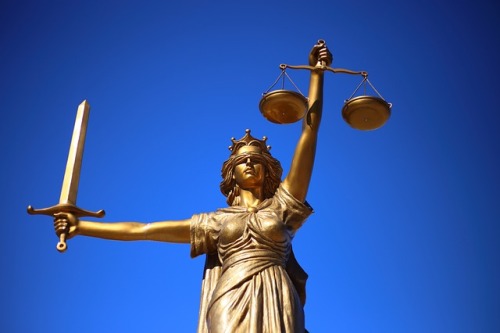 Critical analysis, as the words imply, is about delving deep into the explicit and implicit sense of the topic. It is fashioned to bring out all the facets of the subject, both from the positive as well as negative perspectives. In order to do this, you should first do some research on the subject to know what it is about. Then, some more reading would be advisable to come to know what others say about it. This could mean – searching with the keywords of the topic. Try to get as many views as possible, from different standpoints. This is to endow your own critical analysis writing with more depth and scope.

As is usually done with all writing, put down your own thoughts and researched points on a paper. Based on this, try to make a framework or rough outline for your assignment. This can be changed later but would give you an anchor to develop your subject in a systematic manner.

The critical analysis of a situation, idea or procedure

After doing the initial research and compilation of the information, set out the format. The format for such critical analysis would include

The critical analysis of a piece of writing or other media material like articles, books, films

Article critiques and critical analysis of the media materials is almost similar to the previous type. This type of analysis is not only needed by institutions of higher education but also widely seen in literature and media as Reviews. The main difference between this and the previous type of critical analysis is that: it is not just the topic or subject that is under review, but also the skills and thoughts of the person/people who produced that material. For instance, you could write a review of a movie or book and explore the nature and characteristics of the subject it deals with and also whether the interpretation of the author/director/performer is according to your own ideas about the subject. The skills and resources of the creator of the piece under discussion and how these were used to the advantage or disadvantage of the material are also examined.

The selection of a particular source is an important part of critical analysis. Sometimes the course guidelines specify material to be reviewed, but usually, it is left to the student to select a suitable material for the critical analysis. This is an important step and needs a lot of attention and skill. Some tutors specify certain types of articles to be selected, the time span of the publication, the location of the article such as from the university library or a specific data bank, and the minimum length of the article in pages or in a number of words. The student has to select the article very carefully so that it is neither too easy nor too difficult to critique.

The most efficient method of selection would be through keyword search. The keywords can be obtained from the course syllabus, the textbook or the lecture notes. This will bring down the selection to a more manageable level and using the other criteria such as the length and difficulty level, three or four materials can be selected, and a final item selected from these should offer enough scope for highlighting the positive and negative points as well as including the student’s own views.

The next part includes the reading or viewing of the material. Only thorough and focussed reading/viewing can give you the necessary inputs for gaining a proper understanding of the author’s viewpoints. And also, for the proper analysis of the different aspects of the article from the author’s and the student’s perspectives. Reading/viewing of other authors’ works on the same subject would serve to give a voice to your writing, to strengthen your arguments and give them more depth.

The format of this type of critical analysis

The general format of this type of critical analysis almost similar to the one discussed earlier. But there are also significant differences:

Revising and editing are as important as writing the critical analysis to eliminate any errors and to make sure that what you have written follows the given pattern and your own outlook.

A sample of a critical analysis of an article in brief:

This critical analysis involves an examination of the following article published in a medical online periodical:

“Organic Food Has No Benefits Over Conventional Food, Says Study” written by Christian Nordqvist, in the online paper Medical News Today and published on the 5th of September 2012.

In this article, the author Nordqvist investigates the study on organic foods by the Stanford University School of Medicine, conducted by doctors Smith-Spangler and Bravata and their team. Their research had found that there were no significant health benefits in organic foods over conventionally produced foods. Nordqvist explains how the researchers had found no indisputable data that organic foods are more nutritious and claimed that these foods are more expensive and preferred by consumers for reasons other than their health benefits. The researchers had only found confusing evidence from previous studies. In order to give the article a more balanced viewpoint, the author also includes some comments by the Soil Association that saw the findings of the research in a different light and felt that the study concentrated more on the negatives than on the positives and also found serious flaws in the research methodology used by the doctors who had conducted a study of crops in the manner of a medical trial.

This article offers both sides of the question and provides some information on how similar data can be analyzed from two different points of view to deliver two different sets of results. According to the quote included by the author, the Soil Association refuted the US study by comparing it to a similar study conducted in the UK. The UK study had found the differences in the nutritional levels in organic and conventional foods as “highly significant”.

The different results found by the two groups serve to illustrate Graham’s(1982) 4th assumption that “Production of data is not based on organizational politics”. Graham explains that each person has his or her own motives and purposes and can influence data to conform to their purposes. Moreover, Graham feels that all data reflect the bias of the people who produce them, and no data is unchallengeable. The above study was a scientific one and not a business or financial one, which Graham thinks are more prone to be biased. Yet, these scientific studies too involve the motives of the people, the organizations, and the funding agencies as well as the prevalent and popular views of the consumers and other stakeholders.

This article brings out the fallacy of believing in studies just because they are scientific and have the backing of a reputed organization. The researchers could have been influenced by their own biased views or even by the results desired or expected by those in authority over them or their funds. The dissemination of these types of studies could result in influencing consumers against organic foods.

The motives and purposes of the researchers are not revealed directly either through their study findings or by the author of the article Nordqvist. The widespread beliefs of the consumers that organic food is healthier and contain more nutrients and less harmful chemicals have gained credence over the years from the previous research done in this regard as well as evidence experienced by themselves. For instance, the author quotes another study that found high levels of arsenic in organic rice. If that finding was true, then the human populations that existed on rice grown before the advent of the fertilizers and chemicals should have been wiped out by arsenic poisoning. On the other hand, the Soil Association has not named the authors or title of the UK research which they claim as being antithetical to the US study. Any scientific research should be verifiable by repeating the experiments under the same conditions.

Checking out all aspects of the results alone is not enough. As Graham says, the people and their motives and purposes have also to be investigated before accepting the data that they have collected as being largely correct. In addition, the analytical methodology used should also be verified for its accuracy and reliability. Even after all this, the results cannot be accepted as being absolutely accurate.

If you find this very difficult, just approach our coursework help who can do all these processes expertly and provide you with a high-grade assignment writing on Article Critique. That is the coursework writing made easy method to sure success. Contact our assignment help immediately.