How to overcome writer’s block while writing an essay

The dread of writer’s block

Prolific author Mark Twain had famously remarked, “The secret of getting ahead is getting started. The secret of getting started is breaking your complex overwhelming tasks into small manageable tasks, and then starting on the first one.” While this statement does possess an idea that is ubiquitous in all fields requiring knowledge and skills, it holds immense potential for writers, especially the ones facing the quintessential dread of writer’s block.

The first official usage of the ” writer’s block” was made by psychoanalyst Edmund Bergler in 1947 though there have been notable cases prior to the coinage of this term ( including the famous Herman Melville who was unable to churn more classic novels following his magnum opus Moby Dick). So what does this term actually imply and how can impact your essay writing?

What is writer’s block anyway? 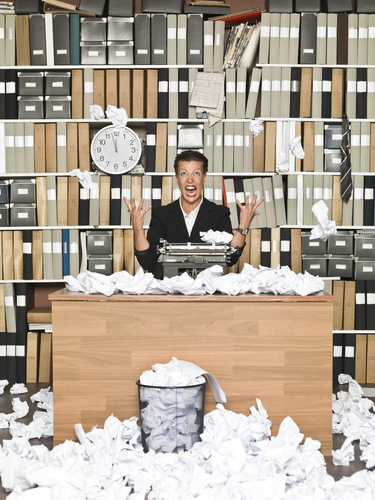 “You can’t think yourself of a writing block, you have to write yourself out of a thinking block” – John Rogers

Cambridge dictionary defines writer’s block as “the condition of being unable to create a piece of written work because something in your mind prevents you from doing it”.

Problematic as it sounds, the solution to this psychological void is hidden somewhere in its definition.

Most people fall victim to this condition while writing an essay because of some inherent apprehension or hesitation that prevents them from expressing their thoughts and perspective through words.

If you too have been a silent sufferer of the writer’s block and are scouring through the depths of the internet looking for effective ways to beat it, you have reached the right spot.

Below mentioned are some rigorous science-backed techniques that will steer you away from this mental numbness and energize the writing potential in you.

Stephen King, the supremely talented author who managed to sell a whopping 350 million copies of his thrilling and mind-boggling novels, gives a valuable piece of advice about overcoming writer’s block in his book “On Writing”. While most people tend to view writing as an essentially creative activity, Stephen King advises on practicing the polar opposite. He opines that by viewing writing as a fundamental physical chore, much akin to doing physical labor or craftsmanship, one can easily steer clear of writer’s block. This radical piece of advice works well because it views writing as a continuous task that needs to be attended to at any cost. It makes people forget their usual excuses and just gets them down to writing.

2. Stick to a routine

You might have to take the dog for a walk, attend a parent-teacher meeting, attend to the demands of your profession, or paint the nursery – there is no dearth of tasks occupying your time and mental faculties. And when you don’t include writing as a part of your daily schedule, you tend to lag behind in terms of both creativity and quantity of content written. This habit often puts an unprecedented amount of pressure that further pushes you down the writer’s block abyss. The best way out is to set aside adequate time for writing every day (or as per your needs) and follow it strictly. The more frequently you write, the more original and creative ideas are going to flow and the less you will be suffering from writer’s block.

3. Get over the myth of perfectionism

While most creative geniuses swear by their pursuit of perfectionism, for day to day writing such as essay writing the myth of perfectionism can stand as a mighty obstacle. We all come from different background and for each perfectionism could mean different things. But in most cases, it is a case of chasing an elusive target at the cost of accomplishing something real. Everytime you type a sentence of your essay and delete it over the fear of being ridiculed or laughed at, you snatch from yourself the essence of being bold and original while at the same time procrastinating the task of writing. Most cases of writer’s block arise from being primarily overpowered by the idea of producing something perfect. But while writing an essay you should always remember, a sentence typed on your screen is a thousand time more perfect than a perfect idea that merely exists in your head.

Going back to the original definition of writer’s block, “…something in your mind that prevents from doing it”, one of the most powerful ways of tackling the issue of writer’s block would be to tone down every element that prevents you from writing. That includes all the distractions such your phone, surfing aimlessly on the internet, online window shopping, tweeting, netflixing, and other related “time-wasters”. As you sit down to write, make sure that you are unplugged from your phone, tv, and the internet. Another important step that can facilitate better flow of ideas, day-in, and day-out, is exercising. Walking, jogging, aerobics – anything that paces your breathing and heartbeat is ultimately good for your brain. The more you remain physically active (practice mindful meditation), the lesser you are going to face the wrath of writer’s block.

Additionally, there are certain other neat techniques which might come in handy next time you have an essay submission and you are stuck on line 1.

So, by all means, write away, without hesitations, doubts, and apprehensions and you will achieve more than what you will if you keep fixating on the obstacles on the way.

How to improve the quality of your essays
Writing an essay on paralegal studies
How to write a lab report
How do we learn to manage a firm by writing essays?
How to write a music review
Understanding what essay writing is really all about