The Veto Power Of Permanent Members Of The United Nations

The United Nations, an organization formed after the deadly World War II remains the biggest channel through which the world has attempted to solve its challenges. The United Nations was established to formulate policies that will give hope to the common man: the weak, the poor, the vulnerable, the uncivilized, the physically challenged and every human species on planet earth. The UN has pragmatically given hope and influenced lives on this planet more than our numerous religious sects. Imagine the world without the United Nations!

The United States of America, China, Russia, France and the United Kingdom are the permanent members of the United Nations Security Council. The United Nations Charter has granted veto power to these permanent members at the expense of other member countries. History has it that these countries being the pioneer members of the UN greatly influenced the drafting of the UN Charter giving undue advantage to themselves. 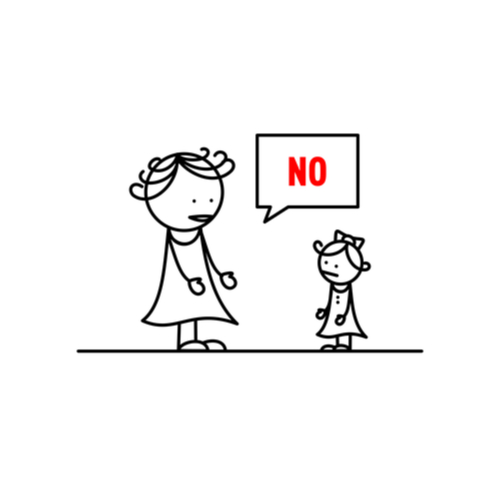 Listen there young lady. Your suggestion for extra play time and longer tv hours has been vetoed.

Several criticisms have trailed the veto power structure of the UN. This structure has put absolute power in the hands of these five countries.

The fact that a single country can veto against the opinions of a multitude of spectator-countries is unfortunate and does not reflect the rudiments of fair play. In fact it makes representation and the executive chamber of the UN inadequate.

Some countries have become notorious for contravening and out rightly disobeying the resolutions of the UN obviously due to their tight diplomatic ties to certain countries who are permanent veto members.

They are fully aware that any proposed sanction against them will be vetoed against by their high ranking ally.

The 2003 invasion of Iran, the poor handling of the conflict in Syria, the Israel-middle east issues are just few of the world problems that have been denied adequate attention due to the present structure of the UN. The ex-Secretary General of the UN, Mr Kofi Annan was totally against the military occupation of Iraq by the United States of America and its military forces. This was also the position of a host of member countries of the UN. However this veto structure paralyzed the UN and rendered it incapable of issuing a unanimous resolution that would reflect the decision and position of majority of the member countries of the United Nations and the world at large.

There is no gain saying that the United Nations needs an overhauling of its present structure to match present day realities and the needs of the globalized world. This involves the redrafting of the UN Charter which still refers to some present member countries as enemy states due to its obsoleteness. The UN Charter is not a bible or any other holy book, there should therefore be feasible criteria for its amendment taking into cognizance the dynamic nature of our present world. The redrafting requires the votes of two-thirds of members of the General Assembly and the support of all five permanent members. Is this really a feasible arrangement?

Will the permanent members ever be willing to share their glory with other countries? This arrangement makes difficult for a restructuring to be achieved even if all non- permanent members of the General Assembly lend their support to the process.

A recent French-led proposal to curb the use of veto in the United Nations Security Council has been signed by close to seventy-eight countries excluding the permanent members. The world must support this agitation by all diplomatic means necessary to ensure that the UN is liberated from its shackles.

The type of structure practised in the parliaments of many democratic countries should be adopted by the United Nations Security Council (UNSC). This structure will place all members of the UNSC as equals while a particular representative subject to impeachment will be chosen by popular election to chair the proceedings of the Council for a defined period of time. This arrangement will make the UNSC more diplomatic and their resolutions will reflect the opinions of majority of the world’s populace. It will also place the United Nations in a better position to sanction any nations that contravenes its resolutions on domestic or international matters without fear or favour. It will ensure fair play and guarantee that there are no sacred cows in the United Nations.

The affairs of the UN must never be made a western agenda. The UN should be true to its name. Different countries have continued to pay lip service to the resolutions of the UN as they simply see the UN as a weapon by some few nations to achieve full scale dominance on the whole nations of the world. Such mentality should be dismissed by restructuring the UN especially as it pertains to the use of veto.

How will the UNSC be able to question the activities of countries such as North Korea without first putting its own house in order?

He who comes into equity must come with clean hands.

The God-complex must be eradicated in the UN.

The United Nations MUST belong to everybody and to nobody in particular.

The above essay was written and submitted by – Anene Obinna

Advertising Is Manipulative
Slavery And Racism
Girl-Child Marriage
Does Homework Help Students Evolve Or Slow Them Down?
Understanding Bullies
Formal Education In Nigeria- How To Take Advantage Of It