The Power Of A Teenager

The life of an average teenager is either filled with pleasant or unpleasant experiences or a mixture of both. Teenagers in this modern times are faced with uncanny problems involving both external and internal forces ranging from depression, self-esteem, peer pressure, stress from school or house work, cyber addiction, addiction to sex, drugs, drinking and smoking. Surprisingly these problems are interrelated as one often leads to another. Most of the time with issues like these we struggle to find our place in the world believing that no one understands or cares for us therefore we retreat into a world of our own, this is where depression starts, wanting to be alone and a diminishing self-worth. 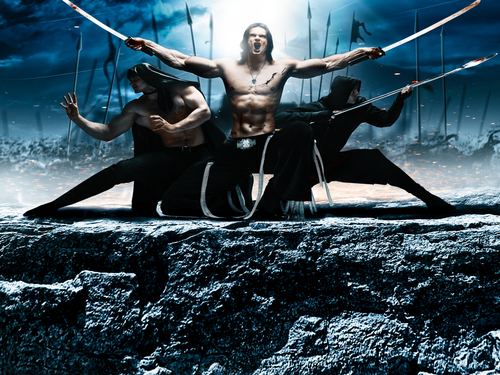 A teenager today is more than just a rebel without a cause.

Despite all these overwhelming struggle of ours, we have a desire to speak to someone who wouldn’t judge us based on our mistakes but would accept us the way we are and this is where we tend to miss the spot, we fail to realise that our parents are always there to listen, regardless of how harsh or overly principled they tend to be.

60% of failures in overcoming teenage problems would be averted if we (the teens) open up and speak out.However, we are stronger than we think.

The decision to put an end to the effect of the issues in our lives leads to another decision to start pursuing our purpose, dreams and aspirations in life. Being a teenager is a whole lot more than letting mood swings dominate our entire life or attending prom or wearing sparkly dresses. I believe we have something tangible to offer to our society. Instead of being arrested for drinking, smoking, truancy, rape etc. we can be applauded for making a positive difference. Did I hear you say how? Simple, it all starts with a DREAM.

When I am asked, “Vera, where do you see yourself in the next five to ten years” I reply “it’s not a matter of five or ten years, it is however where I see myself now!” it would be amazing to achieve what I would have achieved in ten years’ time now. For me it’s not okay to live in my own world and believe that people know me there, I can live in the real world and still be an achiever. You might say it’s too big a dream for me what with being young and having just a dream alone but I say every success story began with a dream and most of those dreamers were once youngsters.

Regardless of the numerous issues attached with being a teenager, certain teenagers have refused to let it override their dreams. 17 years old Leanner Archer is the CEO of Leanner’s hair, she has been featured in Forbes magazine and Success magazine. 14 years old Robert Nay is the producer of the game “Bubble ball”. This game received more than one million downloads in less than two weeks after its creation, surpassing “Angry birds” as the most downloaded free game from apple.

17 years old Nick D’ Aloiso is the tech prodigy behind a multi-national company, Summly. In 2013 his company was acquired by Yahoo for thirty million dollars. Ahmed Mohammed a 14 year old made national news when his homemade clock was mistaken for a bomb by his teachers and the authorities, he was invited to the White house by President Obama and was given a scholarship to a prestigious school in Qatar.

And my favourite: Malala Yousafza, an 18-year-old who’s a fierce advocate for girls’ education. Her story inspires me, although Malala was shot twice she never relented and today thousands of children have been touched in one way or the other by her, “spending time with Malala made me stronger” said a fellow teenager, a Syrian refugee “she suffered and yet continues to fight for what she believes in – rights of children and their education” says Naina Bajekal.

I believe in a world where we can offer our services to our various nations for the betterment of the world at large. I imagine a world where teenagers can look up to their fellow teens and say “I want to do that as well”. Indeed there are some teenagers who have taken the bull by the horn, most of them didn’t just sit in their various comfort zones or homes moping and waiting for whatever destiny has in store for them. They discovered who they really are and they followed their heart passion in spite of all odds. However, having dream it’s not enough but to have hopes and be focus which is a good start. Dream big, do not be afraid to think well beyond your imagination, for some of us our imaginations serve as a means to live freely though positively and have fulfilment. It’s not childish to have a dream, all the great men and women of today all started out with having a dream: Oprah Winfrey, Barrack Obama, Nelson Mandela etc.

It’s not a crime to dream it is however a grievous offence committed against your very own self to dream without setting out to accomplish it. Imagine planting a seed without watering it, buying a dress for prom without wearing it. Did you just make a face? Yeah that’s how it is, the dream automatically has no effect. If no one invests in you, invest in yourselves. We can be broadcasters, writers, motivational speakers, renowned athletes and so much more. The sky would be our starting point but yeah in all these do not forget that education is just as important as having parents’ guide us in areas we feel confused or generally have no idea whatsoever. We are the next generation, we are teenagers, youths. We are not just LEADERS of tomorrow; we are LEADERS of today.

In conclusion, wouldn’t it be awesome to have lots of amazing stories to tell our children that would inspire them, stories that would not only have them saying “wow mom and dad’s cool” but would also make you their heroes and mentors. The key is you and I.

Written and submitted by- Vera Njote

Extracurricular Activities: Scaffolds For Inspiration
Let Us Protect Elephants
The Veto Power Of Permanent Members Of The United Nations
The Causes, Effects, And Solutions Of AIDS In Nigeria
Understanding Bullies
Feminism