Well, if you have grownup on crime fiction and you are fascinated with crime and justice, then you must certainly take a peek at these notorious cities. They are famous for crime. Their crime rates shock. Their citizens live with daily uncertainties and pressures of crime happening any time, any day. 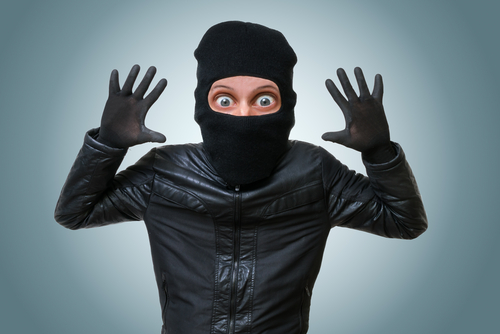 Statistics show that out of all the continents, it is the Americas which lead in the number of murders being committed, annually.34 of the 50 worst cities are located here. With only 8 % of its population contributing to the world population, the latin Americas account for 1/3rd of crimes.The Americas was the top ranked in terms of murders in 2012, even overshooting Africa in this regard.

If gore and macabre are your forte, then here are places which reek with crime from every corner.It is difficult to believe that a beautiful world such as this, has ugliness in the same amount, resulting in spillage of blood. Hence, if you do seek to visit some of this cities owing to your adventurous and risk taking spirit, do take proper cautions also.

This city is the haven for the drug mafia. Murder rate here was 122 in 2009. The problems are compounded by the fact that police are afraid to operate in such territories, gang rule is rife and murders are common place

This is the largest and capital city of Jamaica, populated with people of African origin with a lovely tropical climate. It is exciting and a vibrant place to be, squeezed that it is between the Blue Mountains and the beautiful sea. It is known for its culture, history It would be difficult to believe that this place is associated with crime. But, this is true. In 2011, the murder rate in Kingston was 50.3 per 100000 people.

One of the world famous cities in South America, known for its flamboyant lifestyle, glitz and glamour as well as its Carnivals is also associated with very high levels of crime. If you ever choose to visit this beautiful city, you have to take care of yourself when you are out on the streets. Street crimes are very common and this includes thefts and robberies.

Beaches are also very popular areas of crimes. You also got to be careful when you go out at night. Muggings are also usual. Even though the crime rate may have reduced over time, but it is still pretty high enough to warrant caution. The most dangerous areas are those which are reeking with poverty- these are called the shanty towns or Favelas-this in turn breeds corruption and associated related issues like drug trafficking and crimes.

The other continent to rival the Americas in violence and crime is Africa. Kinshasa, the capital city of Congo is notorious for the crimes carried out by its child criminals, aging around eight year old, who have the wherewithal to attack foreigners and rob them. Large scale extortion racket is happening, with the complicity of the police; tourists face illegal detention with release only after paying a large amount. Who in the world, who would visit such a city, where crime is the prevailing custom, and it starts from such a young age

It is one of the ten most violent cities in the US and has topped the list over the past few years. It has reportedly greater than 2000 homicides per 100000 people; a staggering figure of deaths. Gangsterism accounts for most of the violence. Violent acts include theft, robbery, murder and rape.The crime rate in Detriot is five times that of the national average. A chilling number for those who intend to reside or move there? Be Aware.

The capital city of Yemen is one of the most turbulent in the world. It is an area of conflict and turmoil and hence is on top of the list of cities to be avoided. The city is subject to frequent collisions and violent clashes between rebels and government supporters. This state of constant warfare has taken a toll on life within the city; the economy is very poor; basic requirements for a secure life in the city is not there; people have to live with violence and the spectre of death any time.

This city, in 2011, held the dubious distinction of having the highest numbers of murders in the world and was thus called the murder capital of the world. 1,142 murders were committed in 2011 in a population of nearly 700, 000. The murder rate was 40 times higher than that in an average American city. The reasons: extreme poverty in conjunction with gansterism and drug trafficking all contributes to create a vicious hotbed which provides just the right conditions for violence to bloom and prosper.

Yet another American city, this time, in Mexico. This infamous city is placed on the border between Texas and Mexico and is another murer capital of the world. The crimes, here are once again, associated with the pervasiveness of drug mafia and ganglords, the extreme poverty, the inability of the police to cope with the manic terror spread by the gangleaders; corruption and nepotism. The crime scene is so bad that it has impacted economy and business with companies moving out and the violence and terror often seeps into neighbouring Texas.

The South American countries and Mexico are not alone in crime infested cities. The US has its own share of criminal rich places. New Orleans has had a long history of association with gangs and crimes; one reason for this is that it occupies a very favourable position for the movement of criminals. The city suffers on account of lack of adequate policing owing to lack of funding, spiralling crime levels on account of devastations caused by natural disasters such as Katrina which lead to widespread destruction and poverty.