In today’s cut throat competition companies often use aggressive advertising to push their products in the market. My essay will discuss ways and techniques in which advertising is used as a medium to push products thereby making it manipulative in most cases.

With the advent of new products and technology, consumers are becoming sensitive towards their needs and businesses across the globe are finding newer ways to increase their turnover. Advertising is one of the most used ways in an effort to increase sales and advertising is also often the most misused way to target audience. Advertising leads to huge spending by corporates and these companies in turn pass on their advertising costs to the end users. Unfortunately, most people do not understand this and react rather emotionally to an ad that features their favourite movie star or sportsperson. Many multinational companies with inferior products in a bid to own a larger market share get their brands endorsed by famous celebrities and the results of such an action can be disastrous unless the products being endorsed really deserve to command the maximum market share. Advertising also makes use of constant remembrance techniques which sometimes can be really pushy, unwelcome and persistent. 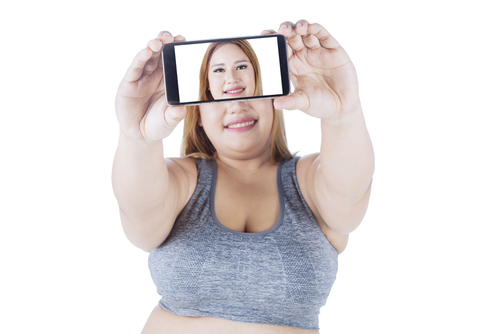 “Advertising both informs and transforms the product by creating an image that goes beyond straightforward facts.” (Wells et al, 2003:14).

Over the years advertisers have come to realise the power of advertisements and their ability to attract more masses in huge numbers.

“The most dramatic change affecting advertising has undoubtedly been the growth in importance in promotions, both consumer and trade.

Advertisements leave a long lasting impact in the minds of the consumers.” (Jones, 1998:16).

The above quote clearly describes the impact of advertising on the minds of consumers and how long lasting such an effect can be. There have been numerous studies and debates concerning ethics in advertising and how advertising manipulates our minds without us even recognizing it.

In 2004, the American Association of Advertising Agencies got a consumer survey conducted. The survey conducted on behalf of the association by Yankelovich Partners, the market research firm aimed to collect consumer perceptions about advertising. The survey had astonishing results. Over 54 percent respondents said that they “avoid products that overwhelm them with repeat advertising”.

Over 60 percent said “their opinion of advertising is more negative than a few years ago”. 61 percent felt the “amount of advertising they were exposed to was out of their control”. 65 percent felt they were exposed to too much advertising without them needing it and interestingly 69 percent said they were interested in products that could help them block marketing. The most relevant piece of statistics showed that 45 percent of respondents said advertising “detracts from the experience of everyday life”. The survey clearly pointed out that advertising plays a big role in helping a business gain competitive advantage over other similar businesses not necessarily on the basis of its product quality.

Advertising is the ultimate way of psychological manipulation and advertisers need to be very tactful while developing advertisements so that they target and influence multiple age groups, genders, and personalities. Advertisers use tactics like referencing ads to ideal scenarios that consumers would love for themselves, showing “expert” opinions, tickling the emotional side of people, and giving them a “feel-good” situation. As buyers, we need to play the devil’s advocate, and question what we see in advertisements and not believe it blindly.

Advertising is centred around creating demand and making people switch from competitors’ products. There are a variety of ways in which an advertising manager chooses to advertise. However, sometimes these ways can create problems by excessive persuasion that subtly crosses boundaries of manipulation. There can be question related to morality as advertisers try too hard to convince consumers to buy their products. Advertising ethics is directly related to our lives as each buying decision we make alters our long term perception concerning the product bought and if the product is purchased just on the basis of advertising without considering its actual benefits or merits over its competitors, the effects can be disastrous.

THE MEDIA BUSINESS: ADVERTISING; A survey of consumer attitudes reveals the depth of challenge that the agencies face, The New York Times. Retrieved on 28th August 2016. http://www.nytimes.com/2004/04/14/business/media-business-advertising-survey-consumer-attitudes-reveals-depth-challenge.html?src=pm

Let Us Protect Elephants
All Fingers Are Not Equal
Understanding Bullies
The Causes, Effects, And Solutions Of AIDS In Nigeria
The Veto Power Of Permanent Members Of The United Nations
Gay Tourism